From a side project to business overnight

I was just another reluctant SaaS business in beta that didn’t know if customers were willing to pay for my referral software.  On practically a dare, that all changed overnight.

During our Referral Rock’s beta program.  I had customers using the software for free.  They were setting up programs and having their customers refer their friends and I was feeling pretty good about myself.  At this time I had other sources of income and was not working full time on Referral Rock, so there wasn’t a concern that it wasn’t making any money.

During the beta I was told by my startup friends to start charging but I had my doubts.  The typical doubts where I felt the software wasn’t ready or the software didn’t deliver enough value or generate enough referrals for my customers.

In hindsight I didn’t HAVE customers because no one was paying.  Also as long as I wasn’t charging, I was in my own bubble of thinking I had a success since people were using the software and generating some referrals.  In reality, I hadn’t proven as much as I thought.

I’ll be honest, part of the reluctance was the dev work involved.  In the past I’ve implemented stripe and it took at least a week of development to get all the hooks into the database, webhooks and user interfaces.   In a past life I’ve even done good ole “Authorize.net”.  Even will the past experience implementing payment systems, I was not excited about doing it.

So I started it all with a challenge of a code sprint and test my resourcefulness.  How could I implement payments overnight?  I could use other tools but given they won’t be too cost prohibitive.  That’s where services like Stripe have changed the game.  Since they were well setup for recurring payments, they had just about everything I needed to charge for my referral software.

Within an hour I had payment forms and plans hooked up to stripe, along with all my preferences.  Now I could have stopped there and handled the rest manually with each paying customer, but I was able to write a simple call to their API to check if an account was in good standing.  So that handled validating a paying account and managing a cancel.  CHECK and CHECK.

I also wanted to be able to easily change plans and pricing… so I use the form URL as settings in config files in my app.  So I could easily change it and even send people links to a custom plan.

So setting that all up practically happened overnight and I was happy to see if this referral software had wings.

So with that, all new signups were now required to pay to make programs active/live.  Within 2 days I had my first paying customer.  Two days later, another!   Then it took a lot longer for the next one but I eventually found a middle ground and gave customers a 14 day free trial.

Now 8 months later we had over 80 paying customers. 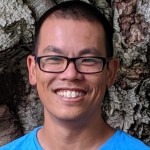